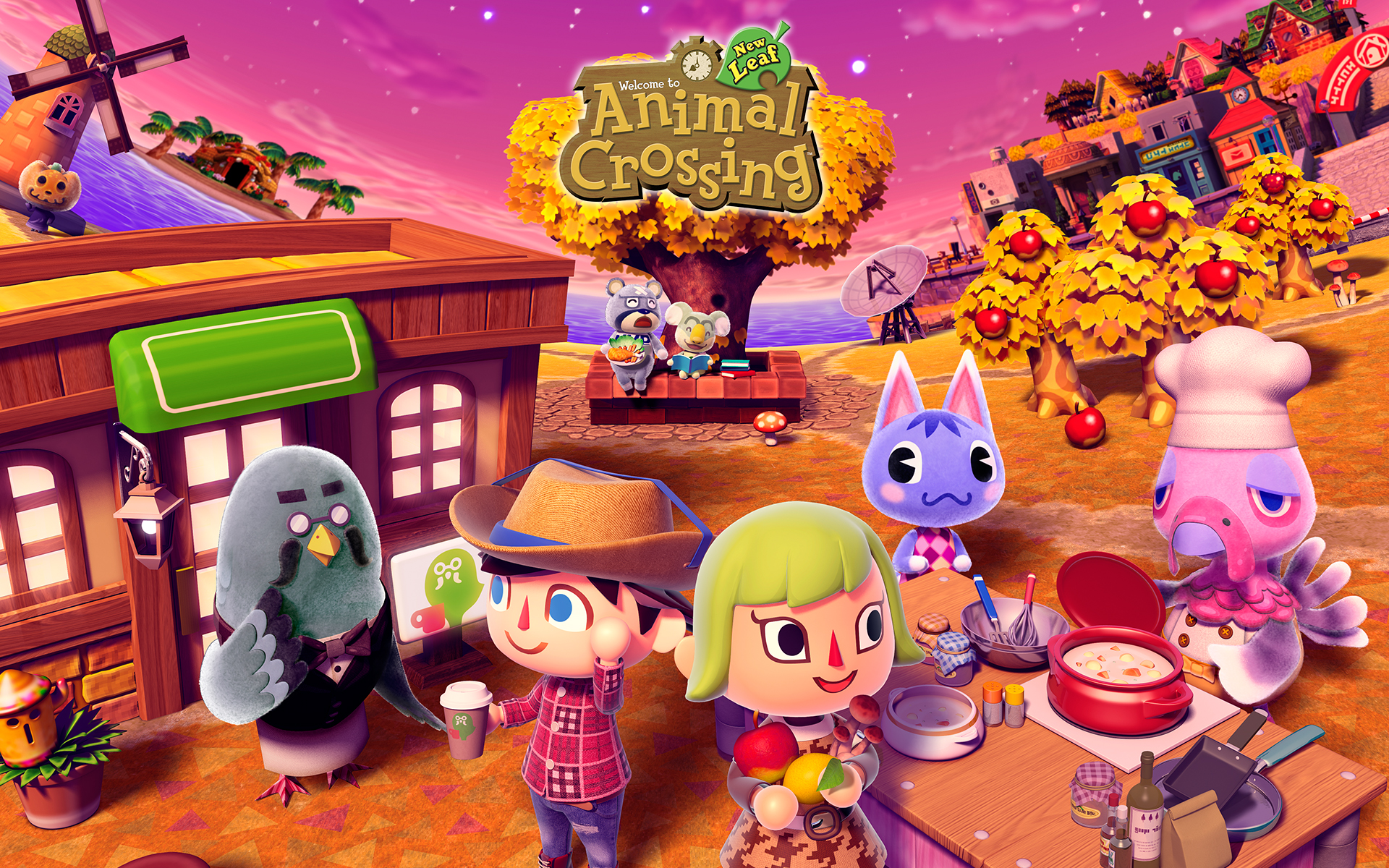 Animal Crossing: New Leaf is a social simulation game. You take on the role as the new mayor in a small village populated by animals. Game play consists of improving the village with new buildings and decorations, collecting furniture and items for your own house as well as donating fossils, fish, insects and art to the local museum. (Description from MobyGames.)

Raw WAV files originally posted on Final Fantasy Shrine by robotortoise1, then converted to FLAC and tagged by dada78641 with help from others.

Not all of the music is present, unfortunately. This soundtrack is based on whatever could be ripped directly from the decrypted ROM data, so streamed tracks (like KK's music) are not included. We hope to make a new release someday that includes these. This is also why the museum music is so plain, since each room has an extra piece of music overlaid on top of it which we could not rip.

Some tracks were spliced together. For example, when you go to the commercial area, there's a short intro followed by the main part that loops. This and a number of other tracks were put in one file since they're always heard in sequence anyway.

All tracks are FLAC L8 and tagged to the best of our ability. We know that Kazumi Totaka, Manaka Kataoka, and Atsuko Asahi were the composers for the game, but we don't know who composed which song, so they're all credited for each track.

The second museum aquarium track appears to be unused. Only the first track plays when you walk around in any of the aquarium rooms.

An MP3 version of this soundtrack exists.

If you have suggestions or fixes, mail them to dada78641.

Audio files provided by robotortoise1. First version of tags by anms, then redone and cleaned up by dada78641. Special thanks to: swigswag, LadyDrac and kittyitty6, for helping out with tagging.